The penultimate BOK urban this year was a re-arranged event at Troopers Hill.

The Long and Medium courses both had considerable altitude gain with a mix of street controls and controls on mixed terrain on top of the main hill.

On the Long, Phil had one of his best results finishing in 11th. Hamish was 25th, beating his mum Shelia by over 4 minutes. 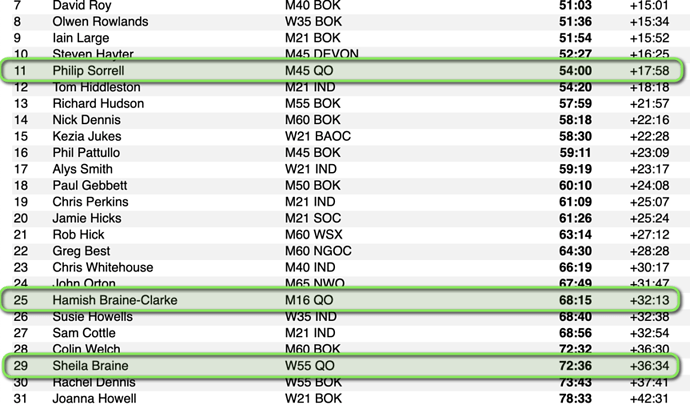 On the Medium course, Steve finished in 9th with Tony in 19th. Rosie, recovering from her epic orienteering trip to Sweden (From Umea, N Sweden), went off course on a track through the woods that many runners took issue with, ultimately coming 26th. Martin went off the map at the same place (easily done as the route took you to the edge of the map) and finished 29th. 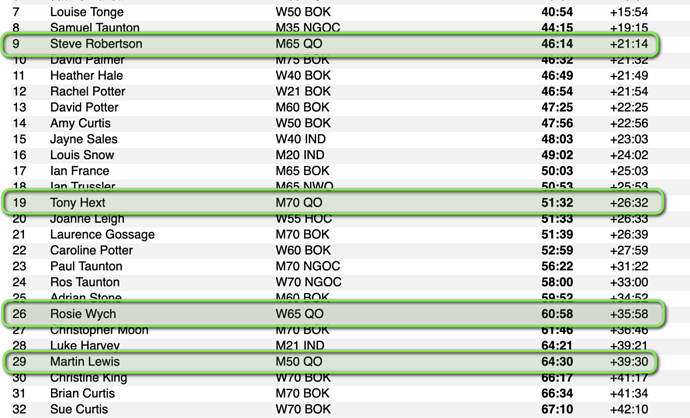 With just one event to go - the rearranged finale at Kingsweston is on 7th September - Phil is 10th= overall, with Pete slipping away in 15th in the Long league. In the Medium league, Graham has dropped to 4th, and Martin would be about 14th once his scores are merged, Rosie is 19th (but 2nd in her class), and Tony is 22nd (2nd in his class).

In the car on the way up, I commented on how lovely it is to have an easy control as the first control (although I messed up the easy first control in Chipping Sodbury).

The first control here was a long leg with several route choices. In hindsight, the best route is obviously over the top - minimising both distance and height gain. Instead, I dropped down into the valley, got confused a bit, then climbed back up again and took the longer (safer in my head) route. At least a minute lost but, more to the point, a lot of energy wasted.

I nearly fell into the trap of going the wrong way out of the control, which ultimately pulls you along to the wrong side of the fence but thankfully, I checked my control description before committing. 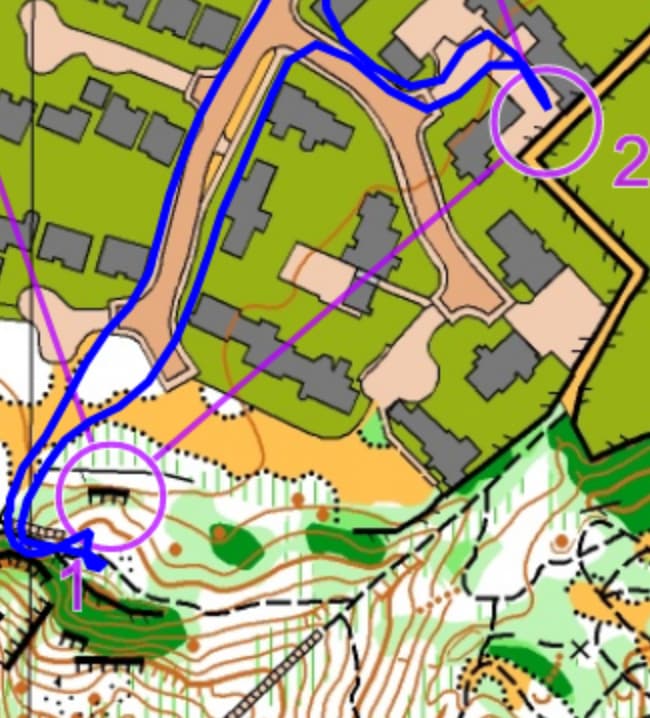 There were no real route choices for the next few street controls, although you need to keep your concentration up navigating the back alleys.

Then it was time to head to the hill proper - my route was the blue one below, but I wonder if the red route saves on a lot of the height loss (and then gain) which I struggled with. 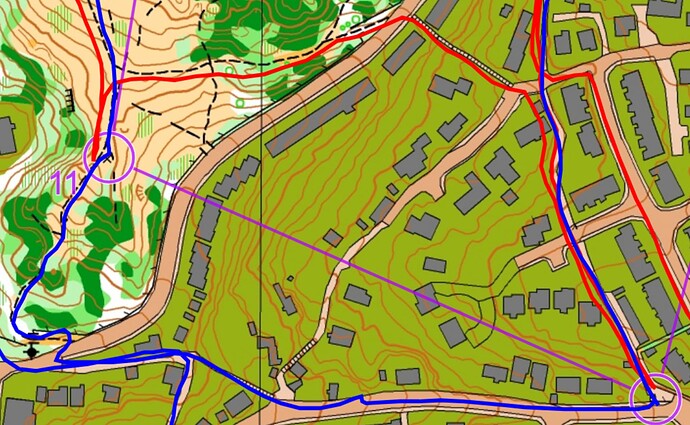 The controls on the hill made a nice change, although the tower at the top of the hill was an obvious feature to navigate by so there was nothing too challenging (and Rosie conveniently found my control 13 as I was coming down the cliff from 12.

I feel a bit hard done by with control 15 - I had used the open area to pull myself into the correct area but the control was further west than the map implied, and I panicked thinking I had overshot losing some time.

Then a joyful run down the hill and some more street controls. There were a few of us at the same point on the course, and to try and mix things up I chose a different (and probably less optimum) route towards the end although I was well and truly out of puff.

Overall a good run and I am pleased with my best result in the series so far. I cannot help but wonder if I could have done better if I had saved energy choosing the better route on control 1, but

that is orienteering right?