The British Middle Distance Orienteering Championships 2022 was held this year on 6th March at Rushmere Country Park, with a warm-up event the day before in Salcey Forest.

I have a massive soft spot for Salcey Forest - as a child, I lived in a village nearby (where my parents still live), and I spent most of the late 20s / early 30s in the village within walking distance, so I jumped at the chance to go orienteering there (and visit my parents of course…).

The northern area of the forest is mostly made up of sections of surprisingly fairly runnable forest bordered on all sides by paths with a lot of old drainage ditches. It is fair to say there is not a huge variety of features - the planner did their best to add some variety, but 11 of the 17 controls on short brown were drainage ditch bends or junctions. 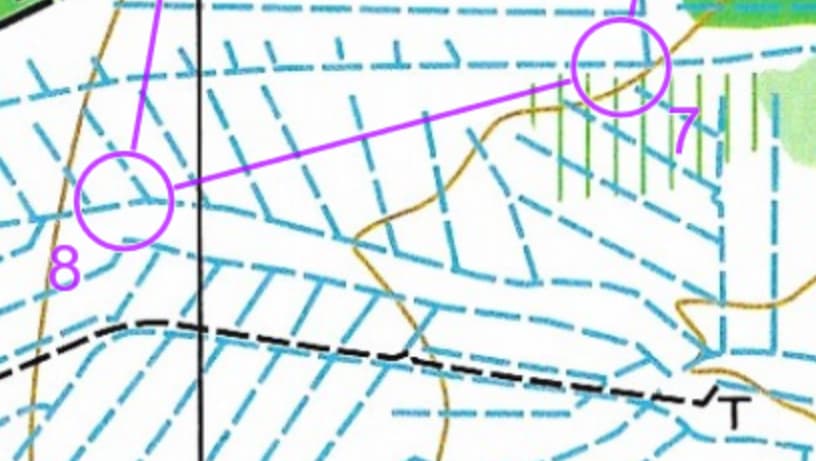 I (mostly) had a blast - a forest I know, fairly straightforward orienteering, physical terrain… bar two notable exceptions controls were where I expected, and I even had the fastest time on a leg, and came 2nd and 3rd a few times too. I also made my stupidest orienteering error to date… I came out of control 4 on the wrong bearing and so was out of place pointing in the wrong direction when I got to the track… my compass very clearly highlighted I was wrong… but I consciously ignored it and pressed on into rough terrain for 4 minutes before correcting my error. 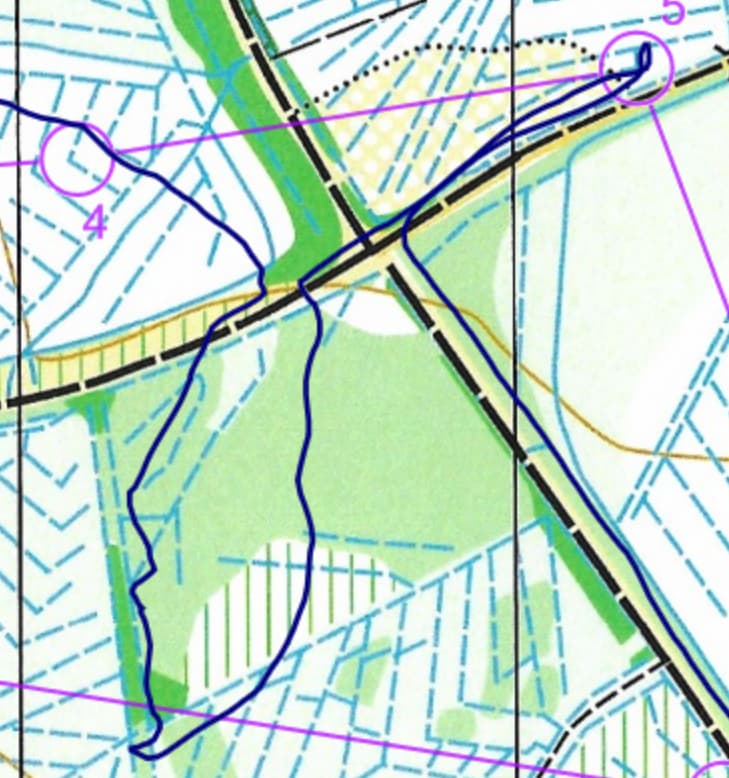 An otherwise fairly competitive run ruined by my belief that I know better than my compass!

View the courses and my route on Routegadget 2

Al (W12) also entered her first orange course - the first few controls went well before she got slightly unstuck by the confusing network of drainage ditches. She persevered until her control 6 (which was also one of my controls) - I met her (cold and fed up) where the control was meant to be… I ultimately found it (in the wrong place - it was ultimately excluded from results) but not before she had given up and headed back to the car (and a promised hot chocolate).

The terrain at Rushmere Country Park was very different - a varied area of heathland and native woodland with sandy soil (Salcey Forest was quite muddy!). This was my first ever orienteering event with a finish funnel and my first middle distance course. 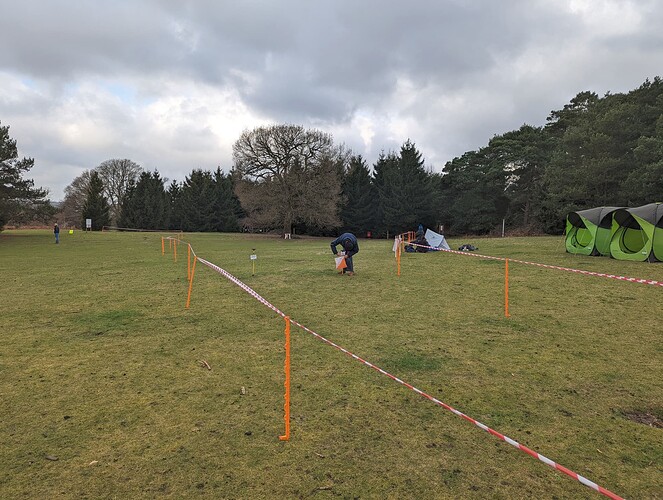 There is not much to say about my run (you can see the courses and my route on Routegadget 2) - with one painfully public exception (I appeared at the final control in front of the finish crowds having missed the control before… after standing looking at the map for a minute I figured it out!

), I made no significant errors but ultimately I was disappointed with my final position.

It turns out that middle distance rewards confident forest orienteering. On longer distances, whilst my fine orienteering needs some work, I make up for it to an extent by attacking the terrain and pure determination, but on the middle distance that is much less of an advantage. I love urban courses because the easier navigation means I can be more confident flowing from control to control, but that goes out of the window on more difficult terrain as I try to ‘navigate’. Maybe I am approaching it all wrong? Maybe I should pretend it is just an urban with trees?! My next middle distance event is the JK at Easter - so we will see how it goes! (it also marks my first Sprint, which will be interesting)

Urban with trees … I might try that thought experiment!
Bad luck Al with the orange, hope it goes better next time.