Congratulations to all the Quantock Orienteers who took part in the Scottish 6 Days. Here are the overall results (taken from Overall Results for Lochaber 2021 - 01 Aug 2021 - Provisional - this does not include the coloured courses). 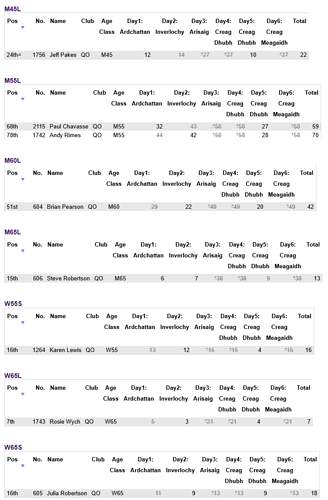 I am looking forward to browsing all the maps, courses and routes which are accessible at Lochaber 2021 - 01 Aug 2021 - Provisional

It would be great to hear from someone who took part and how it all went? (@Jeff.Pakes @BrianJP @KarenLewis).

Scottish 6 Days 2023 will be in Moray - on the coast. Hopefully with no restrictions.

We had a great time in Scotland. Weather was perfect until our final day.
Day 1 was great. Oliver did really well and Annabelle enjoyed it. I met them out there - 2 of my controls were the same as theirs. I enjoyed the area and it was a great start. However, my course was too easy.
Day 2 was set on a golf course and it was all about speed. I’m afraid I lost interest in my course as it was very simple. Ollie did his run in 18 minutes, which says it all.
Day 5 (our day 3) was brilliant. It was raining really heavy and we were very wet before we had even started. The area was very technical and the course was a challenge. Loved every minute. Went to ground numerous times but still came back to the car beaming. This day made it all worth it.
Looking forward to the next one

@KarenLewis oh wow that map for day 4 / 5 looks amazing: Routegadget 2 - I can imagine you had a lot of fun there.

I can see the issue with day 2 - it looks like the longer courses had more interesting terrain once you get away from the golf course.

Glad to hear you had a great time overall!

Controls 3 and 4 on M45L Day 5 had probably the biggest amount of climb I can ever recall doing on an O course. It was pure survival out there apart from two easyish controls in the middle, which lulled me into making a big mistake on the next one, where I couldn’t find it in me to relocate properly and luckily chanced on the control.
Day 2 was actually alright by me. The golf course wasn’t to be underestimated- I actually made a sizeable error there having had a clean run on the hill.
Day 1 was easy for those familiar with marshes, which could be used for navigation /hand rail/ quick running.
I benefitted from a nice tip from Brian Pearson that day, who pointed out Dave Peel’s maps are rather impressionist and only massive boulders would be shown.
Made the most of the non-O days (cycling, walking, running) to make the whole trip worth the effort.

Day 1 was easy for those familiar with marshes, which could be used for navigation /hand rail/ quick running.

and you made the highlights reel @Jeff.Pakes !! 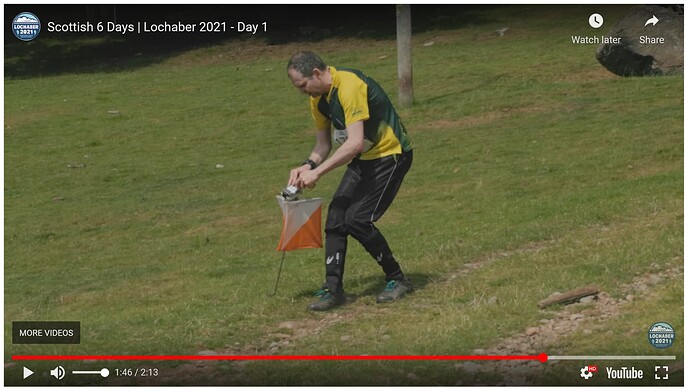 Controls 3 and 4 on M45L Day 5 had probably the biggest amount of climb I can ever recall doing on an O course. 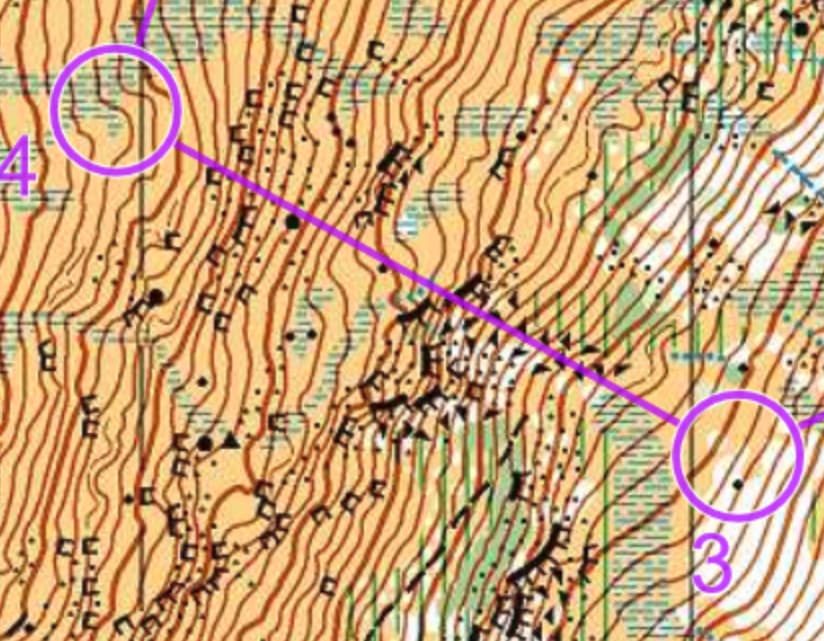 Sounds like you had an enjoyable time Jeff. We were actually driving to Oban the morning of your Day 5 and thought of you all getting drenched.

Looking at these maps I am feeling totally out of my depth compared to the orienteering I have done so far.

We have just returned from Scotland after a 2400 mile tour, I’ll upload onto Routegadget soon before the memory fades too much. We also climbed some munros and got some lengthy runs in, all training for my Quantock Challenge run today. My overall feeling was that is was good to be orienteering again at the deep end and as I expected, it was starting to really click again on my third run.

Great to hear you had a good time @BrianJP