Thanks for posting @BrianJP - saved me a job

Congratulations to everyone who took part - some great results across the ages.

A big thank you to @Jeff.Pakes for stepping in for me last minute - I was gutted to miss the weekend, but very glad StatusQO were still able to run.

The photos from the weekend look great: 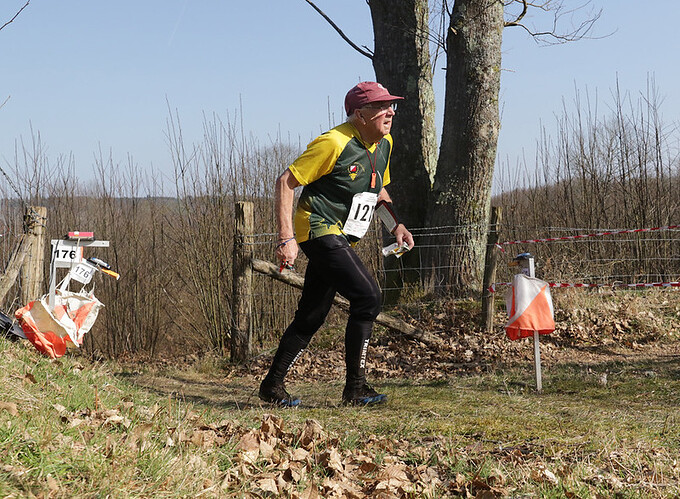 I will be hoping for some writeups so I can put something together for the website.

Write up from Robin Fieldhouse:

Saturday. Sun was out, but still a bit of chill in the air in the morning. Ollie Rant set off at 10.30, I set off at 10.33. Adam set off at 11.07. I blundered my first control then had a good run, catching Ollie by control 21. Were all knackered by the end. Results attached. We were all pleased with our final positions

Sunday. Was Ollie, Adam then me. Ollie came in 18th/25 then we managed to end up in 12th overall with Adam having a little tow from the champ Graham Gristhwood on their final leg.

This was a new area of very mixed terrain including areas of coppice at various stages of growth and visibility, rhodo thickets, marshes, pine woods, ditches and big contour features - plenty to keep us busy and with hot weather a challenging weekend. On the Saturday I wanted to keep it consistent and minimise mistakes, which meant forcing myself to keep it slow in the tricky areas- it largely paid off with a pretty clean run but was still energy sapping in the heat.
It was great to take part in the relays, the club had three teams so was well represented, For our team Jeff had a good start to hand over in 57’ then my run was a bit more scrappy than Saturday with a few gambles and mistakes but managed to hold our position. I ran 68’ to hand over to Pete who finished in 62’ with the split of the day - 2nd on the run in! We were giving away quite a few years to our M40 class but we held on to 7th out of 8. Club history was made with QO having a team of three M21Es and we have six teams for the JK which may be another first.

Write up from Ollie Rant:

I thoroughly enjoyed both the events over the weekend. It was great to be attending such a large and well-organized event.

The M21 elite course was the longest course I have attempted by a considerable margin. I found the navigation to be quite tricky at times, which slowed me down a fair bit, but the slower pace meant that I did not make any significant mistakes.

The relay was also my first in a competitive environment. Had I not made a silly mistake on route to the first control, I might have picked up a tow from a more experienced competitor! Navigation was much the same as the previous day’s event, slow, but with no overly costly mistakes.